Ocated in South Asia, the Republic of India is the world’s seventh largest country. It includes the Himalayan range of mountains in the north (the highest in the world), the vast Deccan Plateau in the south, the plains along the river Ganges, deserts in the west, and some 7,000 kilometres of coastline. The climate varies from tropical monsoon in the south, to temperate in the north.

India's neighbours are China (Tibet), Bhutan and Nepal to the north, Pakistan to the northwest and Burma to the northeast. Bangladesh to the east is almost surrounded by India. At India's southern tip, across the Palk Strait, is Sri Lanka (source: Country Profile: India (FCO), 2004).

According to a Worldbank estimate in July 2005 the Indian population is about 1100 million. The annual population growth rate is 1.6% (almost 16 million per year). The country is the second most populous in the world. Approximately 30% of the population live in urban areas. Both New Delhi and Mumbai have expatriate populations of around 5000 people, although numbers are increasing as more foreign companies open offices.

The capital city is New Delhi, with a population of about 13 million. Other major cities include Mumbai (Bombay), Kolkata (Calcutta), Chennai (Madras), Bangalore, and Hyderabad.

India is a federal democracy, with powers of government constitutionally defined by the centre but increasingly decentralised to the states. The states vary in size and economic progress, and are marked by diversity in culture and geography. It is worth researching specific cities and states on the internet as most have their own websites.

When independence from British rule was gained in 1947 the subcontinent was divided into the secular state of India, and the smaller Islamic state of Pakistan. India’s secular constitution formally recognises its many religions and protects freedom of worship. Despite this, fundamental concerns include the ongoing dispute with Pakistan over Kashmir, and the ethnic and religious strife that flares up from time to time. The main religions are: 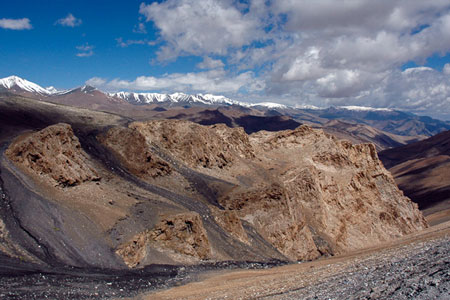 Nubra Valley TourNubra valley tour is one of the best tour destinations in India. The Nubra ...